Why Are Pap Smears Necessary?

Why Are Pap Smears Necessary?

Why are Pap Smears Necessary?

If you are age 21 or older, you may be asked to get a pap smear. It’s also called a pap test, and it’s a common procedure used to test for cervical cancer in women. It is a routine procedure performed in the office during which cells are collected from your cervix. 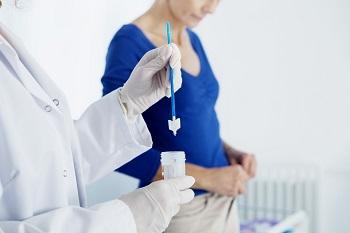 Cervical cancer is a serious condition which often has no symptoms initially, until it’s in the later stages. A pap smear is a vital tool in detecting cervical cancer in the early stages, when treatment outcomes are much better. A pap smear can also find changes in your cervical cells which may indicate cancer developing at some point in the future.

When you reach age 21 or older, your doctor may recommend a pap test, usually performed along with a pelvic examination. In some cases, the pap test is combined with an HPV (human papillomavirus) which is a sexually transmitted condition known to cause cervical cancer.

The pap smear recommendations for healthy women are:

Having more frequent pap smears may be indicated if you have risk factors, including:

To get ready for a pap smear, there are certain guidelines you should follow. Remember to:

A pap smear is a necessary part of protecting women’s health. The test is important because it is the only definitive way to diagnose cervical cancer in the early stages. Early diagnosis is critical to early treatment, which can lead to a better outcome for you.

Find us on the map